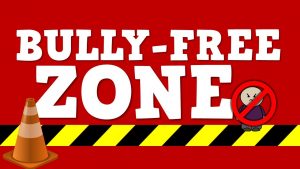 MISSION STATEMENT
Many voices- One Vision to eliminate bullying.

VISION STATEMENT
The London Anti-bullying coalition is an independent non- profit, educational organization which strives to foster a culture of fairness, respect and equality for all students in every school; thus eliminating the problem of bullying.

GOALS
Raising Awareness; Education and Coordinated Community Collaboration to facilitate change among all levels of the community through recognition, ownership and responsibility for bullying

HISTORY
The London Anti-Bullying Coalition was founded by concerned mothers in London, who were brought together by the tragic commonality of their children being bullied and victimized while in school.

These parents were faced with a challenge they knew they could not ignore. A tragedy they knew not only touched the lives of their children, but of countless other children in their community who had no voice.

They were incensed by the news of the tragic death of a local teenager who took his own life due to the relentless bullying he suffered at the hands of his peers.

These mothers selflessly began to advocate for their children and others by forming a coalition now known as the LABC. Their mantra was “never again shall we lose a child to bullying.”

They created a non-profit, grass roots organization that was representative of a diverse group of people in our community that would address not only the issue of bullying, violence and harassment in our children’s schools but also an organization that would focus on the promotion of fairness, respect and equality in every school for every child.